The currently navigable part of the Ashby Canal runs from the Coventry Canal at Marston Junction to Snarestone near Ashby-de-la-Zouch.  The canal originally extended a further 8 miles to Moira; this section is now being restored.

Dadlington and the Ashby Canal Walk

Limit of Navigation beyond Snarestone Wharf

The length of the Ashby Canal that is navigable. There is a further 8 miles under restoration.

With no locks the Ashby Canal is one of the longest level pounds in the country.

The year the Ashby Canal was completed.  Its construction was begun in 1794.

Restoration of the Ashby Canal

The Ashby Canal was originally 30 miles long.  Its terminus was in Moira but the northern 8 miles of the waterway were progressively closed due to coal mining subsidence.

Planned as a broad canal it has wider bridges, designed to take barges.  Nowadays it is used only by narrow boats and some of the bridge holes have been narrowed.

In recent years the Ashby Canal restoration has improved an isolated section of 1½ miles at Moira.  This isolated section can be accessed by trail boats and includes a new lock built to wide beam boat dimensions.  The length from Snarestone to Moira is currently under restoration and was an IWA Waterways in Progress grant recipient to allow for the construction of a new footpath between Measham and Snarestone.

The Ashby Canal is designated a Conservation Area throughout for its built heritage and amenity value. The 6 miles from Carlton Bridge 44 to Snarestone is a Site of Special Scientific Interest (SSSI) for its natural heritage.


Apart from the short Snarestone Tunnel (250 yards) and some aqueducts, major engineering features on the canal are few, although the wide bridges are a notable feature.

As a cul-de-sac, the Ashby Canal is not as heavily used as many other waterways across the country.  However, its undemanding lock-free route and pleasant countryside are an increasing attraction.

The Ashby de la Zouch Canal, to use its full name, was built between 1794 and 1804 from the Coventry Canal at Marston Junction near Bedworth to Wadlands Wharf near Overseal. The connection to Ashby de la Zouch was made by tramway to avoid the need for the construction of locks.  The whole canal was constructed on one level as a contour canal, with just one lock, a stop-lock at Marston Junction with normally no difference in level from that of the Coventry Canal.

It was originally intended to be the first stage of a broad canal that would link the Coventry Canal to the River Trent at Burton-on-Trent, hence the reason for the wide bridges built to take barges. However, the planned flight of locks and a long tunnel beyond Moira never proceeded.  As its only link was with the narrow Coventry Canal few barges used the canal and the stop-lock at Marston Junction was narrowed as early as 1819 and is now disused.  This makes the Ashby Canal, with the Coventry Canal to Atherstone, part of one of the longest level pounds in the country.

Passing for much of its length through a rural area its main traffic was always coal from the mines around Moira and Measham and it became known to generations of boatmen as the ‘Moira Cut’. Having to compete with collieries at Bedworth which were nearer to Coventry for the local trade, it developed an early long distance trade to the London area where the main competition was with the coastal trade or ‘sea coal’ from Newcastle-on-Tyne.  There was also significant limestone traffic including some to the short-lived iron furnace at Moira.

By the end of the nineteenth century, traffic and maintenance were declining and in 1918 mining subsidence caused a breach at Moira requiring a diversion section to be built. Continuing subsidence led to the progressive closure of the northern end, 2 miles from Moira to Donisthorpe in 1944, another 5 miles to Ilott Wharf in 1957, and a final mile to Snarestone in 1966 with the canal then terminating in a field just beyond the Snarestone Tunnel.

Nevertheless, coal traffic continued on the canal until 1981.  Since the last coal mine closed in 1990, ground settlement has ceased allowing for the opportunity of the canal being re-opened.

In conjunction with the restoration of Moira Furnace as a visitor attraction, a short section of the canal was restored in 1999. With the backing of Leicestershire County Council (LCC) this has been extended in several phases to run from Donisthorpe via Moira and down a new 14 ft wide lock to a new terminal basin next to the ‘Conkers’ National Forest Centre, giving 1½ miles of restored canal accessible by slipway for trail-boats.

In 2005 LCC obtained a Transport & Works Act Order to restore the canal from Snarestone via Ilott Wharf and a new route partly along a railway line back to Measham, and enabling works started in 2009 at Snarestone. There are now no legal obstacles to this project although the rate of progress will be determined by access to funding.

The first short length of restored canal at Snarestone was reopened in 2010, including a swing bridge and slipway. A further 400m up to the site of Bridge 62 was restored in 2014. The bridge was rebuilt in 2015, with assistance from WRG, and a temporary terminus created with a 55ft winding hole just beyond the bridge.  The funding for this mostly came from a nearby surface coal mine site.  Restoration of the next section back to Ilott Wharf will require a new aqueduct over the Gilwiskaw Brook.  IWA’s honorary engineer is helping design the aqueduct, Ashby Canal Association is leading a fundraising appeal, and Ashby Canal Trust is working towards obtaining the necessary agreements for its construction. A Heritage Lottery Fund grant obtained in 2018 funded archaeological and historical research of Ilott Wharf prior to its restoration.

However, it had become increasingly clear that LCC no longer had the resources to continue the restoration. In 2019 they agreed to seek the consent of DEFRA to transfer their remaining TWA Order powers and responsibilities, along with all the land acquired for the canal between Snarestone and Measham, to the Ashby Canal Association.

Beyond Ilott Wharf the approved route follows a diversion along a disused railway line, passing through the original railway station and crossing Measham High Street with another aqueduct where the railway bridge once stood. Continuing along the railway, the route then doubles back on the historic alignment to a basin in the centre of the town. Reconstruction of the arm to Measham wharf and a section of the new route along the old railway line was included in the approved plans for a housing development, but this has been blighted by several changes of plan for the route of HS2, the proposed High Speed Railway line.

Plans for restoration of the route between the A42 at Measham and Donisthorpe are not yet finalised as this section has suffered most from subsidence.  From Oakthorpe a loop took the original canal up a valley towards Willesley and back and this section may need to lock down to a lower level and then back up again at Donisthorpe, or follow a new alignment using a further section of the abandoned railway line. 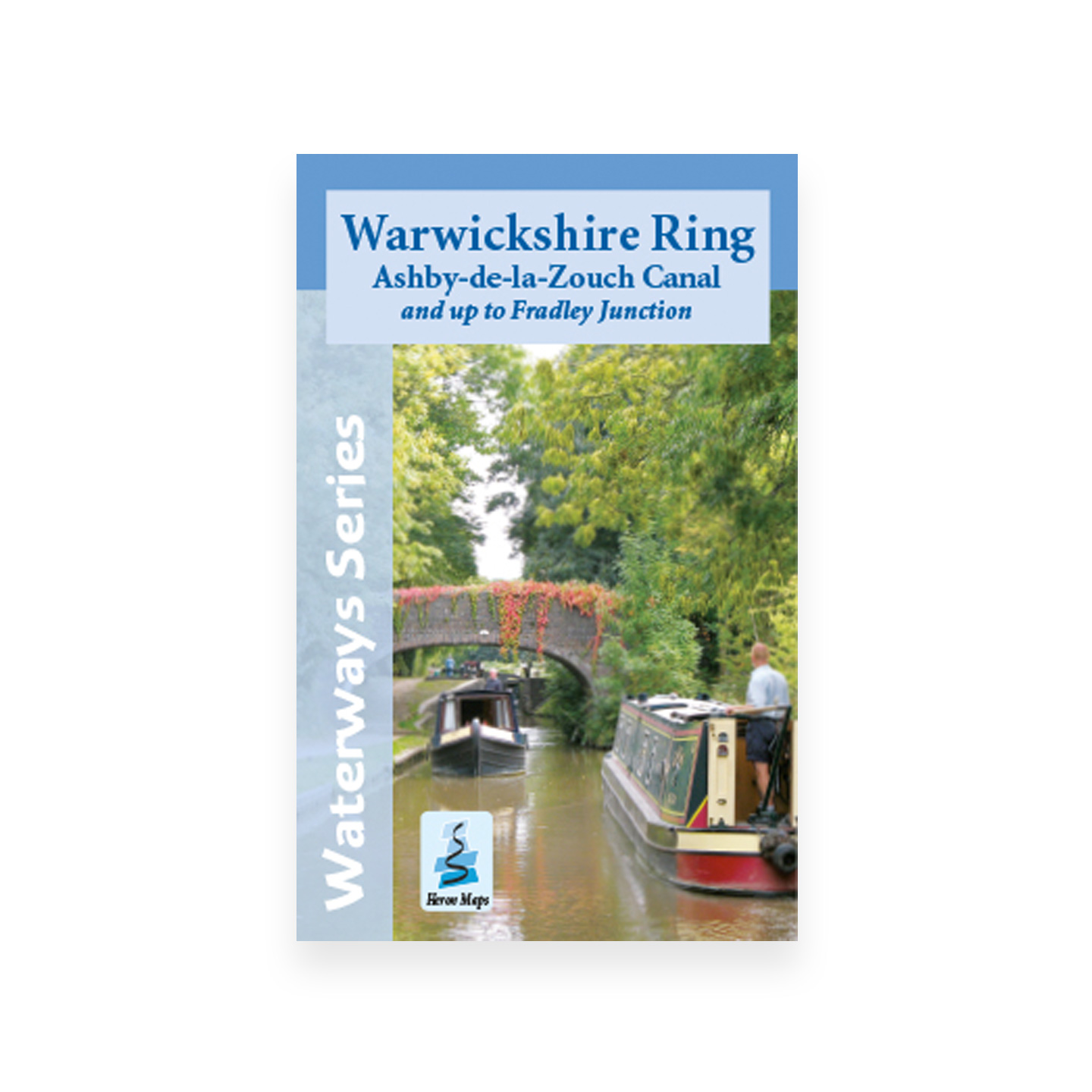 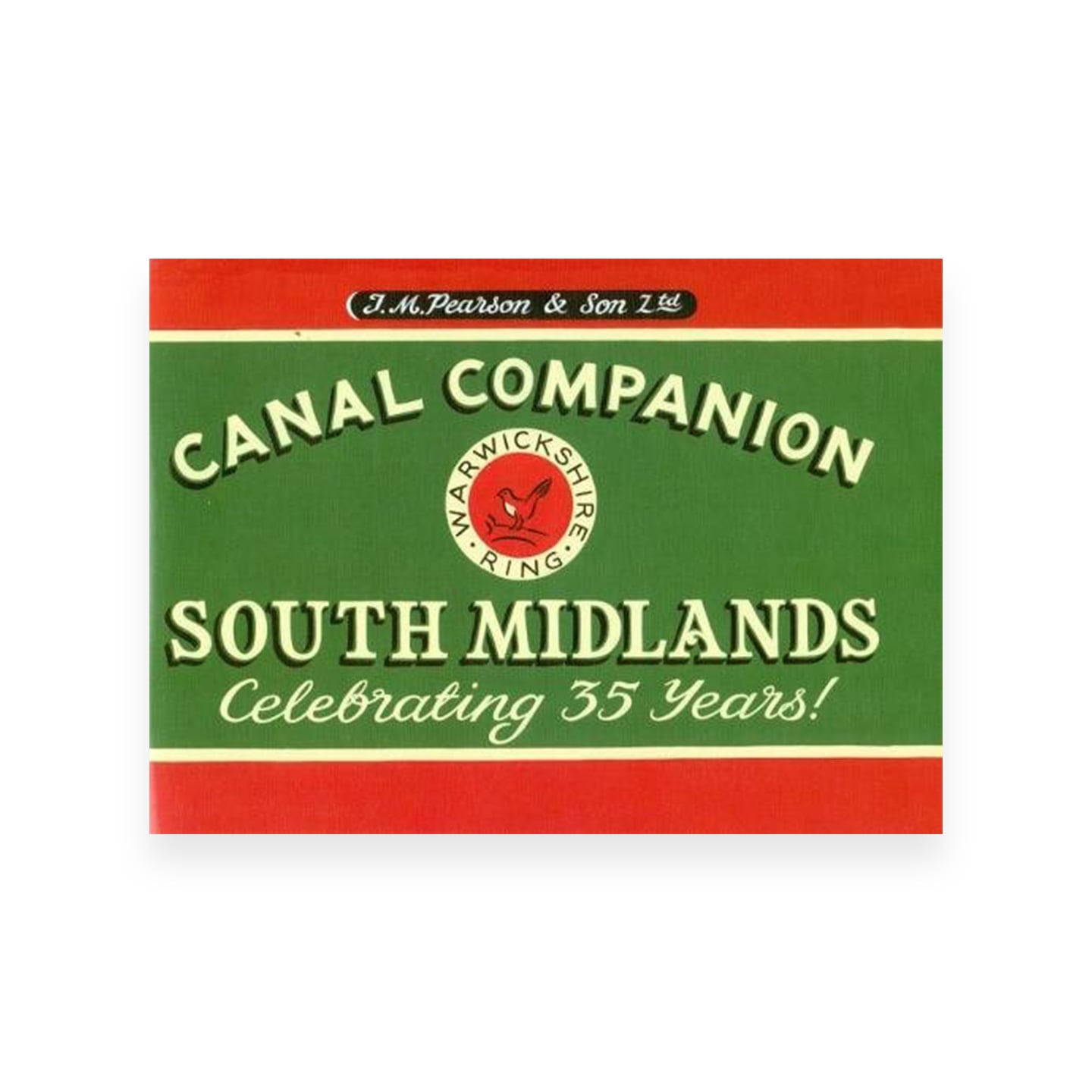 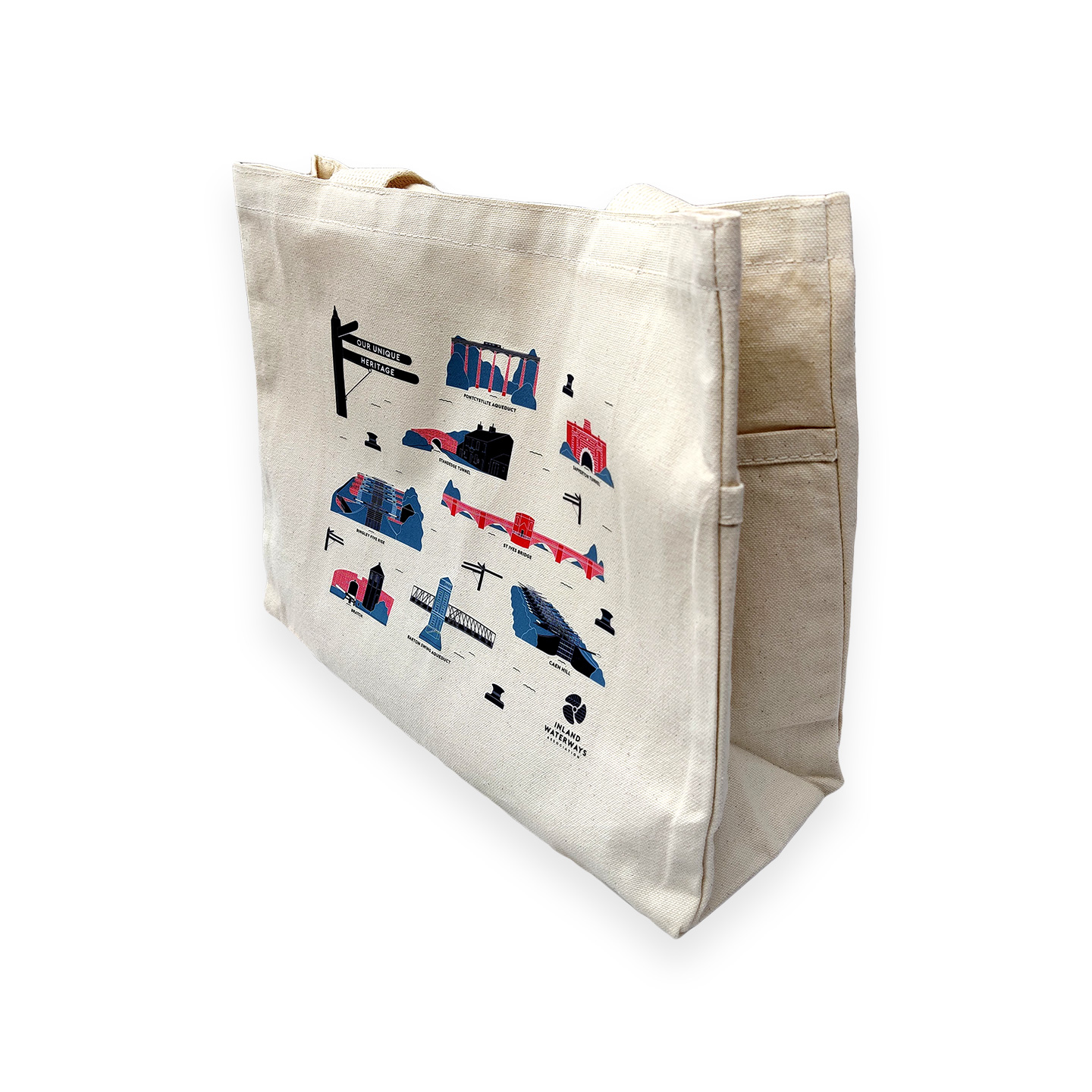 £10,000 was awarded the Ashby Canal Trail Project as part of IWA’s Waterways in Progress Grants in 2019.

We’re campaigning to protect canals and rivers from the damaging effects of HS2, especially where the tranquillity of the waterways is under threat.

Both the public country park and the private moorings at the old colliery basin at Polesworth on the Coventry Canal will be severely damaged by HS2.

The junction of HS2 with the West Coast Main Line at Abram requires a high embankment that will be visible from the Leeds & Liverpool Canal’s Leigh Branch across the Hey Brook valley.

It is expected that the HS2 viaduct crossing will maintain the headroom and width required by the maximum size of ships that can use the canal – making the structure very high and prominent.

Dadlington and the Ashby Canal Walk

Limit of Navigation beyond Snarestone Wharf